Look in the Book

A heartwarming lesson from one of our Zulu Pastors in South Africa. 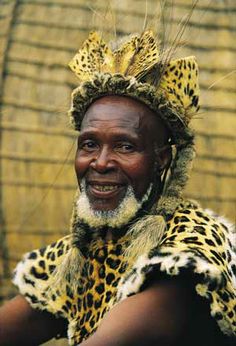 A great grandson of King Bothelesi of the Zulu, who are mostly Christians because the King accepted Christ, told me an amazing story of a young Zulu man.  He had received a gift of Christian books from a missionary about to come back to America.

As the Zulu read books of Kenneth Hagin, E.W.Kenyon, Oral Roberts and T.L. Osborn, his heart flooded with faith. He visited his village elder and asked permission to travel all over Zulu-land and preach these amazing faith sermons.

The elder opened up a zebra skin pouch and handed the young man a Bible and insisted that he take it with him to preach and evangelize.  He gave the preacher this advice, “As you travel for the Lord, you may come upon hard times. Whenever you get in trouble, whenever you are hungry, whenever you have needs… LOOK IN THE BOOK.”

It was a simple old family Bible, very heavy, but a good Zulu honors his elders and so he faithfully carried the heavy book with him. When he got up to preach with all the passion of a great evangelist. He preached from the sermons of the American evangelists.

After 9 years, he realized he had failed as an evangelist. Hungry, barefoot, and ragged he trudged home with his head held down. He had even sold all his evangelist books to have pennies to eat on. As he returned to his village, his only possession was the heavy Bible in the zebra skin pouch. 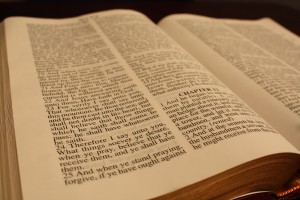 His plan was to return it to his village elder but discovered that alas, he had died of great age in the years he was gone.  He was young no more himself, yet he sat down and wept for the elder, the ministry and more than anything, he wept because of his failure as an evangelist. He had great visions but it was gone.

He sat for days outside the elder’s kraal and finally remembering his elder’s advice. “Whenever you get in trouble, you’re hungry, or have needs… LOOK IN THE BOOK.” There was nothing else to read, so he opened the first page and a 100 Rand note (about $120.00) fell out.  As he began to turn the pages of the Bible he found 100 Rand notes in every chapter. He had been carrying around nearly two hundred thousand dollars in the old Bible.  All he needed to do was look in the book.

Oh, if he had only looked in the book. Is there a lesson for us? I believe if you have a need today, “Whenever you get in trouble, whenever you’re hungry, whenever you have needs, LOOK IN THE BOOK.”

As he finished the story, I told him how wonderful it was, but come on, did you make up this story as so often people do?  He said, “No, I did not make it up, and I know for a fact it is true.  The reason I know it is true is because I was that young Zulu preacher.  I only carry one book with me today as I go preach, and here it is.”

It was the old family Bible that had seen many years and many miles, worn and tattered with those scriptures circled and notes in the margin.

Look in the book for yourself and make your own notes, and when you get in trouble… LOOK IN THE BOOK.

A Little Service Over Here, Please 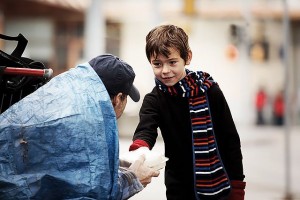 In this world power, prestige, fame and money are most respected. Those who achieve “money, power, success” as the rappers sing, are often glorified with fame. When we come into the Kingdom of God, the focus of all our efforts is changed by the very nature of Jesus Christ. We were “getters” and now we become “givers”. Jesus had the power to give.

It has been proven that those with the least in terms of money and possessions are often the most generous in sharing what little they have. It is also a proven fact of life, these humble people are also the happiest.

Those who rise from humble beginnings to become fabulously wealthy beyond their dreams, feel the need to “give back”. They feel they “owe” it to help others coming up behind them. They are “blessed to give”.

All giving is not money. When you serve God humbly and faithfully, God Himself will honor you! While we so often think of giving in terms of dollars and cents, giving is also finding a need and trying to fill it. Even if it is only sharing a word of kindness with sincerity. We never know how far a kind word will go or how much it will help someone carrying a heavy load.

I love the verse and think on it often, “If we serve Him obediently, we will spend our days in prosperity and our years in happiness.” – Job 36:11

Doing something positive toward another person is a good approach to feeling good about yourself. And if you consider the needy, you are blessed of God.

This is Not a Hotdog Stand! 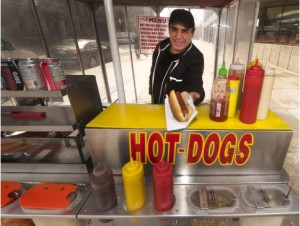 Psalm 37:7 commands us to “Rest in the Lord and wait patiently for Him.” But we live in such a fast paced world that waiting for anything is difficult especially if while we are waiting, there is pain involved, or mental stress and worry.

Our nature is to be impatient. That is probably why the “drive through” food places are so popular. Drive up to the talking box and order, then by the time you pay and drive to the next window, we expect the food to be bagged up and the drinks in a carrier. We’ve all seen angry people who had to wait just a fraction of a minute too long for their order.

God instructs us to be patient in all things… with family, friends and work associates. We must also learn to be patient when we “wait on God” for answers. Imagine how patient God is with us while He is unfolding His plan for us.

Meditate on these thoughts…

“Rejoice in hope; be patient in affliction; be persistent in prayer.” Romans 12:12

“Therefore the Lord is waiting to show you mercy, and is rising up to show you compassion, for the Lord is a just God. Happy are all who wait patiently for Him.” Isaiah 30:18

“My brethren, count it all joy when you fall into various trials, knowing that the testing of your faith produces patience. But let patience have its perfect work, that you may be perfect and complete, lacking nothing.” James 1:2-4

Welcome to the all new Deeper Life Ministries website! We’ve made all kinds of amazing improvements and best of all, our website is now mobile friendly! In this section, Pastor Ross Collette will be sharing some inspirational and insightful messages. So please check back as often as possible for more updates!